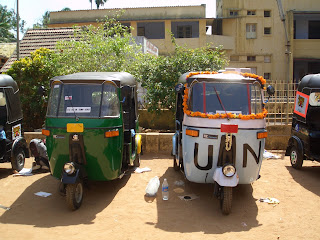 Talk around the town and in Hotel Orion where some of the teams are meeting up every night is that this task is actually impossible. Teams with much more organisational skills than us have been poring over maps and looking through distance guides and things like that, and the majority verdict is that it's impossible.

The route's just too long to do in 2 weeks. At 3000km you'd have to do at least 200km a day assuming no breakdowns. On a rickshaw with a top speed of slow, which seems to be made out of little more than cardboard the consensus is that we're going to spend a good few days under the bonnet and the other days crawling along roads designed to smash us to pieces. 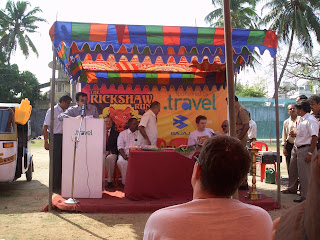 However, the Dosa Boys do have an advantage on these other guys who plan and plot their route. We haven't got any concept of distance, even less sense and planes to catch so we'll pretty much do anything to get their in the deadline.

Watch out India here we come...