The engine is cutting out at higher speeds so we can't get any faster than 50k. We've pulled into Vijaywada and Nick's decided that enough is enough, so we're getting a full service in a backstreet Rickshaw repair yard that is chock-full of busted up yellow rickshaws. 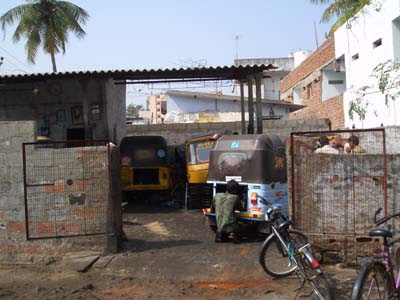 As usual, the mechanics have asked if they could use our toolkit. Like most auto-repair shops and garages out here they don't have their own tools, which never ceases to amaze me. Whenever we pull in for a repair, they either ask for our toolkit or run off down the road to borrow a spanner off someone else! 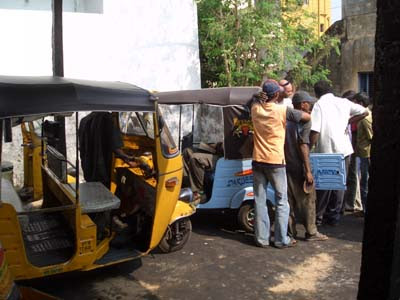 It didn't take long for the mechanic to smell the diesel. The carburetor's gone again so that needs to be changed and we're getting another light attached so that those night drives aren't quite as hair-raising.

As usual, all proceedings have drawn a massive crowd of locals even watching over my shoulder while I write. Ivan's sat on a deckchair performing some magic tricks to the local kids and Nick is sorting everything rickshaw out. I'm going to go around a take some photos of those sand-drawings on the floor. 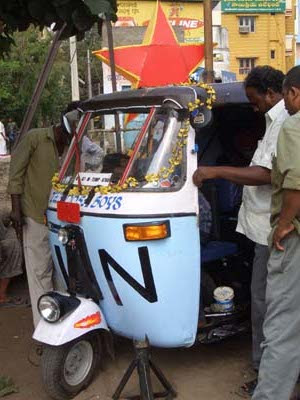