Nick had his first shower of the trip last night but I skipped due to the pretty sizeable cockroach in the bathtub and I'm sort of regretting it now. I've been sweating all day in the back and I smell like a tramp. Sacrificing most of my clothes to keep the weight of the Dosamobil down has meant I also look like one.

I'm not sure I've seen Nick in more than 2 different shirts either and he looks a tiny bit erm...rugged with his beardy stubble and manky brown T-shirt.

Ivan spend most of the day with his hat over his eyes but is a lot cleaner than the rest of us. 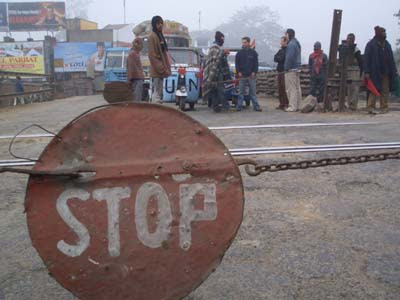 Nick has taken 3 roadside shits which I have obviously photographed (you can find them on Ivan's flickr site if you are really desperate...) but we're still working on the money shot of an emerging turd. We'll try again tomorrow...

Oh and he's also got his nob out and waved it in Ivan's face. I'll be sleeping with one eye open tonight...