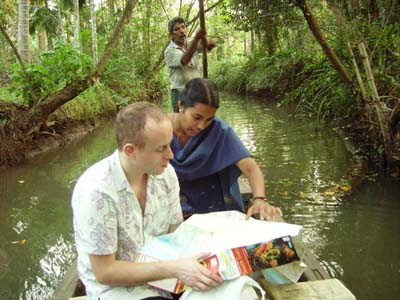 Christ. Ivan has the worst taste in music I have ever heard from a man.

It's only today that I realise that not bringing my ipod was a mistake. Instead of Guns and Roses and Sweet Soca Music, The Dosa Boys have had to endure ear-searing, brain-numbing 70s disco courtesy of Ivan's Creative Zen.

I couldn't believe he seriously listened to that crap, but on looking through his Creative Zen it became clear that Ivan does consider "I will survive" to be a masterpiece of musical creation.

I knew that travelling in a rickshaw would be rather painful but this really is too much...