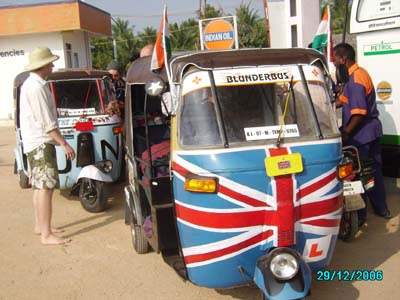 We've been exchanging texts with Blunderbuss and the gang of 3, as well as Captain Chaos and the Calamity Crew and it's quite cool trying to work out where they are.

We're pretty convinced that some of them aren't being entirely honest with their locations but we've just recieved a text from the Blunders saying,

They've GOT to be lying about that! National Highway 5 goes all the way to Calcutta and if they've fallen off the end of the 5 then they're sayin that, according to the roadsigns, they are anywhere between 600 and 1000km ahead of us, which is a day or two ahead!