Day 6: 9:35AM A surprise meeting in a petrol station

Pulled into a petrol station beside NH5 and from behind us came a slightly accented voice,

It was The Germans! 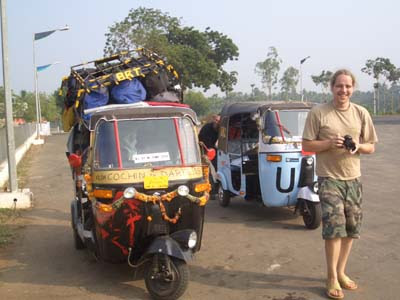 The fact that we've caught them up blows their myth that they had been firing ahead, as early indications would have suggested. Turns out that just before Salem the lads went off-road unintentionally and all 4 of them ended up sleeping on a farmers floor! 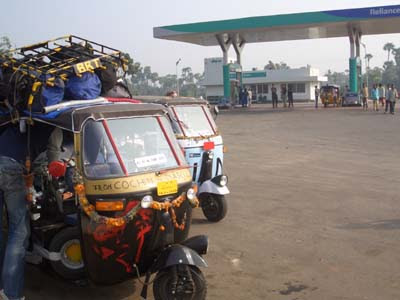 It seems that on their map, Indian-printed, both major and minor roads were coloured white so they had spent most of the last few days traipsing through the back of beyond!

The funniest thing was their roofrack. 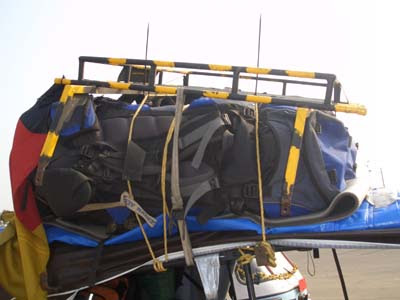 Attached only 6 days earlier in Cochin 1800km south west, the bolts holding this once proud roofrack/flagpole in had managed to rattle themselves loose. But the lads didn't bother to get it fixed up and instead had improvised by tying the bags directly to the roof and sticking the roofrack on top of the bags upside down!

A classic fix up lads!

The flag now droops limply from where it's jammed in between some bags and the team say that they would be happy just to get to the end with 4 people.