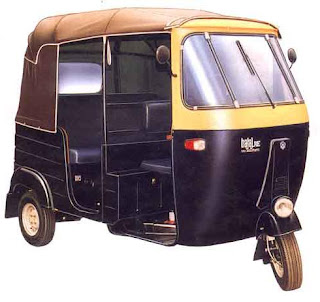 How unprepared are we!

I have been looking through some of the other teams websites and it's become patently obvious that we are the underdogs in this kennel of mad dogs and Englishmen.

Take for example Team Curried Away. An entry from their site on September 3rd suggests that by then they had been thinking about the Rickshaw run for ages. Team Dosa on the other hand had never even HEARD of the run by then!

She's a Goa also had things in the pipeline as early as October. Team Dosa were down the pub that whole month, blissfully unaware.

On the morning of November 23rd, I posted this blog to look for potential partners for the ride and now, 3 weeks later, we've raised more than £600, got a team together from across the globe and appeared in the papers and on TV and radio in the UK, India and New Zealand.

Nick wants to be the first to cross the line too, a feat that would be nothing short of a miracle, especially given that we still haven't got around to working out how we're going to get from Cochin to Darjeeling!

I'd like to say a big thank you to all our sponsors for putting your backing behind our slacking and for following our mad adventure.

We're the underdogs in this by a country mile, we've got no clue, we've never met each other and we've no idea how to fix a rickshaw.

I wish I could say that I hope it all goes to plan. Shame we haven't got one...