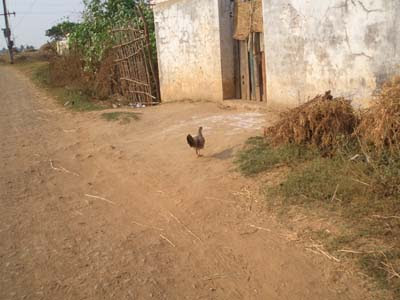 I think we've just figured out what the Blunderbuss were on about. 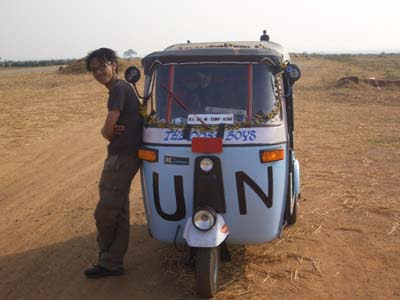 Now you see the thing about NH5 is that it is a lovely stretch of road. It's flat, it's straight, ocasionally it even has streetlights. We had assumed it went all the way to Calcutta just like this.

At about 3pm we were just bombing along, minding our own business when suddenly Nick slams the brakes on.

The road had suddenly stopped. Where we were before driving on flat tarmac, the road builders seemed to have just given up at this point and suddenly the road just ended and turned into a dirt track with a foot deep drop just for good measure! 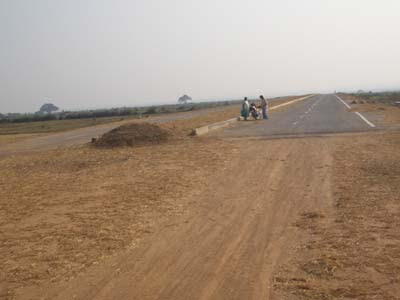 We later learnt that some of the other teams like the Raiders came across this in the middle of the night and just flew off the end!

So the next thing we knew we were driving through an arse-end village with chickens running across the road! How the hell did that happen!?! 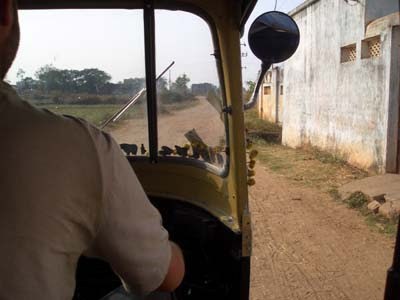 For folks exploring other routes to Siliguri, this road looks beautiful compared to what happens to NH31 after Bergusarai in Bihar. The beautiflly paved road literally turns into a riverbed for over 100 km until you reach Purnia. Also, note as a word of caution, Bihar is considered lawless and going 5km/hr over NH31 for over 100km will likely increase your chances of meeting dacoits if the travel advisories are correct.

Here's a good story in the India Times where the high court recommends that the director of the national highway travel the roads in Bihar to get a feel for the critical conditions of the highway. It is ball busting torture. Surely, Amnesty International would object to this cruel and unusual punishment.

Oh a great story John! I thought the road to Siliguri (The moon) would certainly count as inhumane if you made anyone drive along it!

The Beagle Babies took Bihar and didn't do too bad a job of it from what I hear.