Day 2: The state of Tamil Nadu 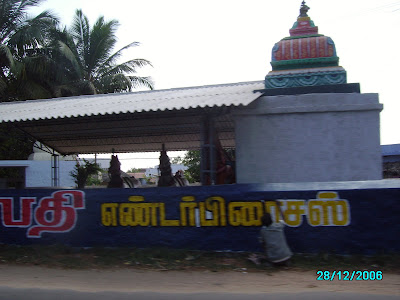 What we've seen of the State of Tamil Nadu from the road shows it to be quite a different state from the last. We crossed the border from Kerala between Palakkad and Coimbatore at 8:50am heading eastwards towards Salem, where we think we'll get to by about 4 and we'll chill there.

The 4 states of South India - Andhra Pradesh, Karnatake, Kerala and Tamil Nadu - have a distinct cultural identity. each has it's own major language, cultural traditions of literature, art, architecture and music.

Some of Hinduisms most important schools of philosophy had their origin in the far south but Christianity pre-dates many of them and, according to the guidebook, in Tamil Nadu Kerala Hinduism makes a far more visible contribution than in the rest of India.

As we travel through the hilly plains of Tamil Nadu, we could see the deep influence of Hinduism penetrating the culture, even as we sped by at the regulation 40k.

As we went further inland the landscape became drier and dusty, and amidst the huge granite blocks that dotted the landscape there was a profusion of tiny temples just casually dotted along the roadside. 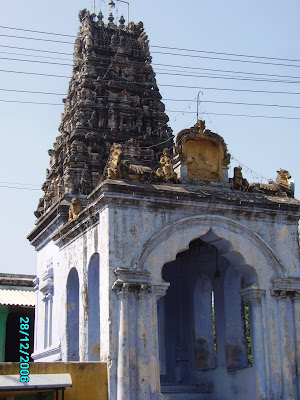 I was left with a sense that I had entered holy land and entered it by Rickshaw and as we sped by I felt an overwhelming urge to stop and photograph everything. It wasn't just the main buildings of worship, but everything seemed to have a rather spiritual aura about it. There's something about the arid desert that makes you realise the meaning of infinity and brings you closer to Heaven. 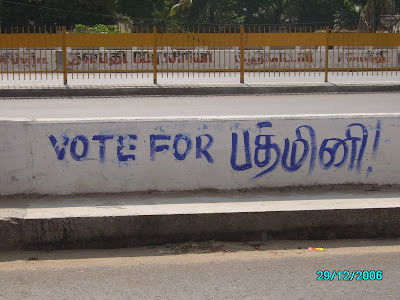 It's little wonder then that 90% of the population here are Hindu. Tamil Nadu is a deeply religious place from what I can tell.