With an engine now looking like soldering iron, nothing but fields for miles around and not a single foreigner in sight it looked like this was not going to be an ordinary New Years Eve.

Nick wanted to push on, and catch up the other teams, but with our engine in the state it was in even he had to concede that we couldn't really go on and when Sunny offered us a place on his floor for the night we really didn't have much choice. 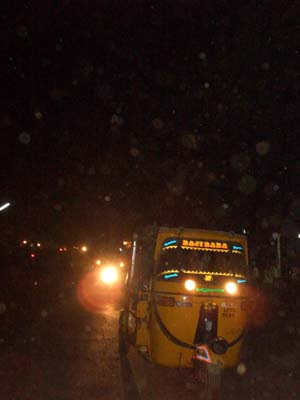 Sunny was delighted (see what I done there...?) and the locals were so happy that we had honoured them with our presence in their little town.

Let me just clarify that last sentence. In the West, that sort of statement is said with sarcasm, but in India, things are very different. The locals in this part of India had rarely if ever seen a white face and for us to agree to come back and accept the hospitality of these humble villagers was a great honour to them. 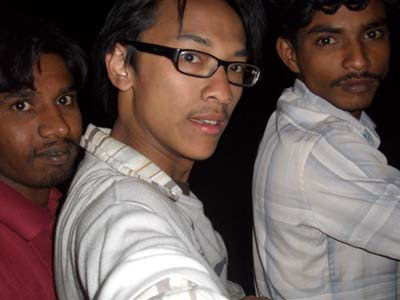 From the side of National Highway 5, we were able to just about get our engine moving enough to drive through to a little village in the guts of Andhra Pradesh, where we could hear the heart of India beating with pride. I rode for half an hour to the village on the back of Sunny's motorcycle, while the Indians crowded into our rickshaw to see what the White man could do. 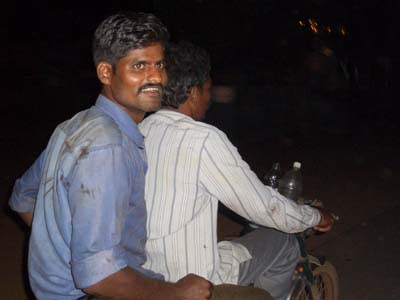 Even with a ragged-out engine, Nick represented well and kept up well with the late night traffic as we drove through the night to the mechanics place. He fixed us up and tuned our engine for the next day's drive and all at the cost of 300 rupees. That's less than a full tank of Diesel/Petrol/any other shit we decide to put in for that matter! 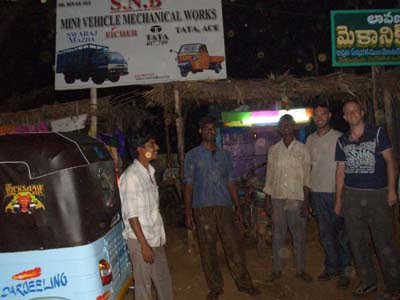 He wouldn't accept a rupee more.

When we got back to Sunny's, we were all absolutely knackered but Ivan was acutely aware that it was New Year's Eve.

I've never given a damn about events in the calendar, so it meant nothing to me, but when Sunny offered us a beer I wasn't about to refuse that.

What happened next truly hunbled me. 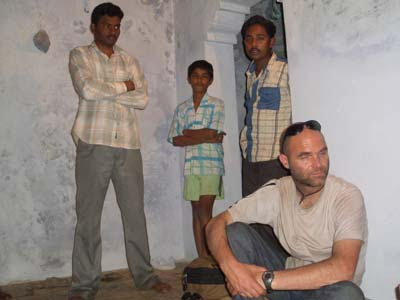 I had no idea that Sunny would not be drinking. He took off to the local shops and bought a beer from his own pocket.

When he arrived back he opened it, gave it to us and said "Happy New Year Dosa Boys"

One beer. Between us all. 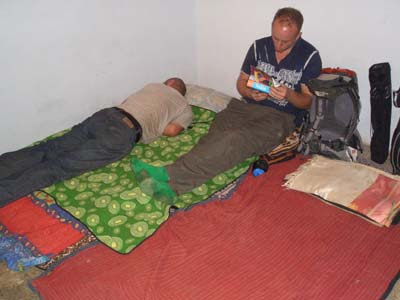 Suddenly I realised. We were in a tiny house with no real windows and exposed wiring. At least 12 people lived here and some slept the night in the garden and on a chair outside the gate to the house, watching over the rickshaw, while we were on the floor inside. The computer was set up in the garden and the electrics were so bad that Ivan shocked himself when tryin to show our hosts his photos. He had sorted us out with dinner that was so hot it brought tears to my eyes. But that may not have been the only thing.

He refused to drink any and refused payment.

As Sunny cracked open that beer just before the stroke of midnight , I knew that I would never feel the same again. 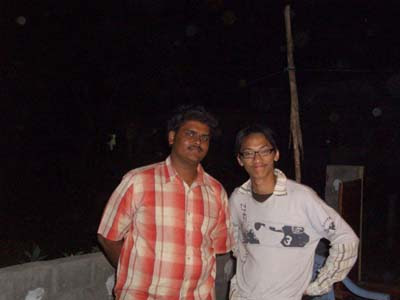 The Dosa Boys had been truly humbled.