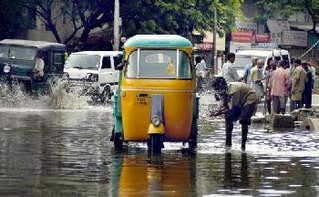 The first time I rang Ivan, after we had decided to get ourselves over to India and do this crazy trek, I called him up and said

“Mate, it’s Andy. We’ve got to talk about flights” to which he said in hushed tones,

“I can’t talk right now. I’m at a magic conference”

“Oh bloody hell” I thought, “A professional gambler and a magician too. How cool is that!”

9 out of 10 people would have thought that was weird. I love being a minority.

I had a dream last night about the trip. It’s becoming a recurring thing this. In it, we had broken down in the middle of the desert and a small group of Indians demanded that we entertain them for food. So Ivan performed a card trick and made a chicken disappear and Nick explained the nuances of TV editing demonstrating how easy it is to read the weather with no trousers on.

Both of them got fed and it was my turn.

So, drawing on my wealth of experience as a teacher, I decided to thrill them with a demonstration of the works of Robert Hooke, one of my physics heroes, whose work on comets led to Newtons formulation of his law of gravitation.

The lads agreed to share their food with me if I pushed the rickshaw the remaining 175 miles.