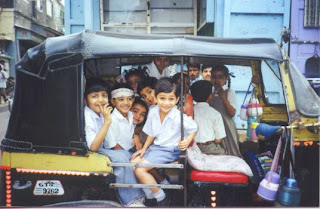 So far preparation has been a little interesting to say the least.

While chatting to Nick the other day online across the vast expanse of Earth, he said to me really proudly

I then suggested a detour to make sure that his money hadn't gone to waste.

Across the world, I heard a grown man weep...

But I'm not exactly one to speak about great travel planning myself. Desperate to pick up a cheap flight, I went online and, knowing that we had to fly into Cochin, I looked for a cheap return from somewhere that sounded Indian and was somewhere up north where I figured the finish line was. Delhi, that'll do.

When I next spoke to Nick and he said that he had booked a flight from Calcutta, that's when I decided to look at a map, only to find that Calcutta is about 90 miles fromt he finish line.

Is that the sound of a grown man weeping again...